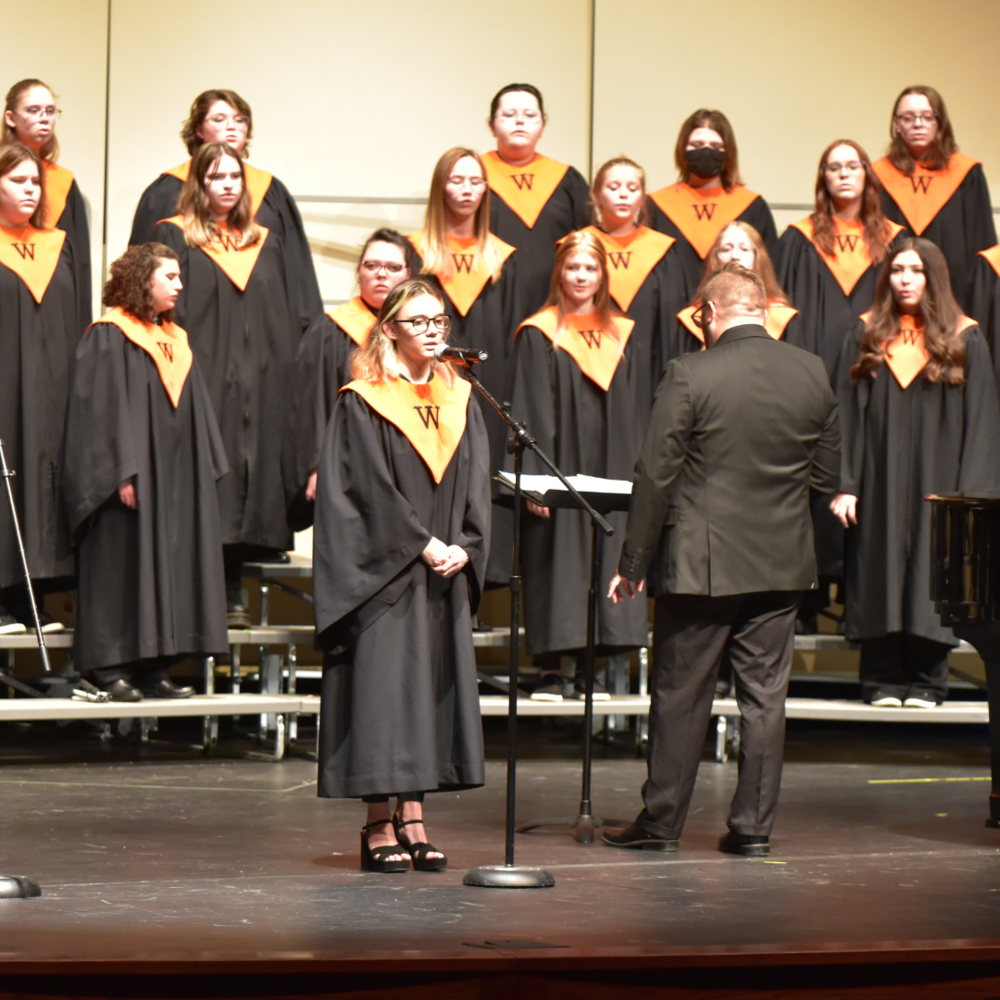 The WCHS Choral Department will present its December Holiday Concert at 7:30 pm on Tuesday, December 13, 2022, in the WCHS Performing Arts Center Auditorium.  The concert will feature the five high school choirs performing a wide variety of seasonal favorites, and a performance by Edgewood and Lakeview Middle School Choirs, under the direction of Jennifer Cooksey.  The concert will close with the traditional singing of Silent Night along with sign language.

The HS Choirs are under the direction of Josh Hren and accompanied by Lawrence Evans.