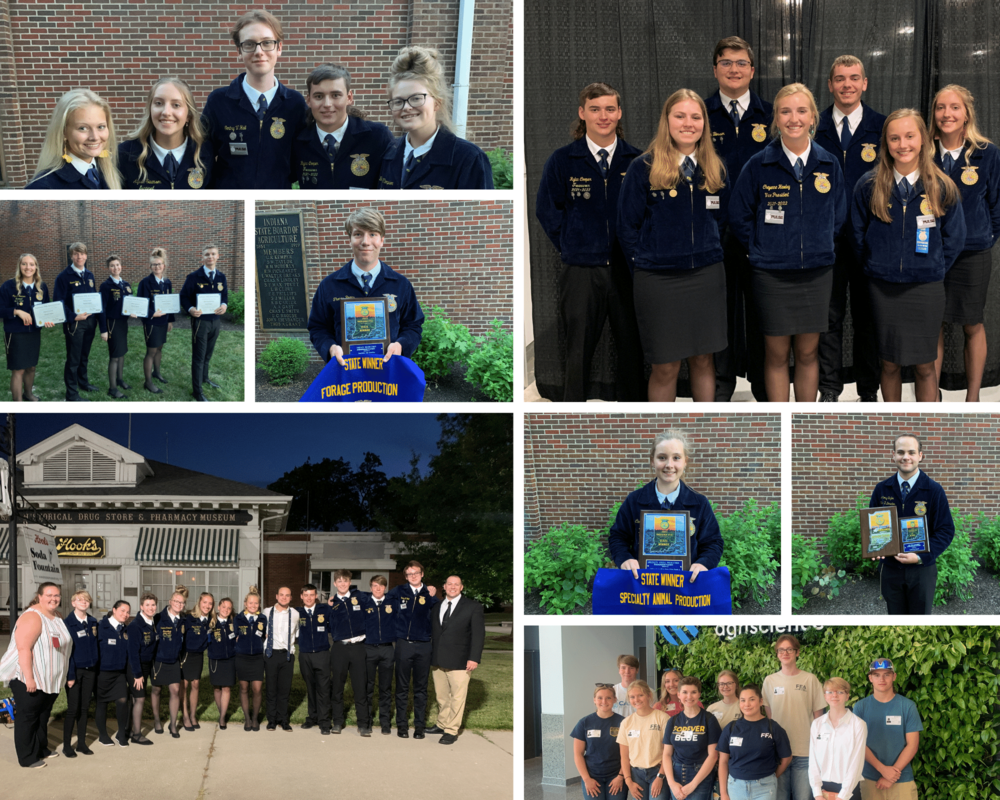 The 93rd Indiana State FFA Convention was held on Tuesday, June 14 through Thursday, June 16 in the Indiana State Fairgrounds in Indianapolis, Indiana. The Warsaw FFA Chapter had members compete in a variety of numerous contests and were recognized for their outstanding performance in different competitions. In total, there were over 2,500 members, guests, and advisors in attendance from across the state of Indiana.

On the evening of Wednesday, June 15, five Warsaw FFA members received their Hoosier Degree, which is a prestigious award for members who work hard and dedicate service for their chapter and community along with their Supervised Agriculture Experience (SAE). These Warsaw FFA members recognized were: Thomas Boggs, Lillian Haywood, Blake Schnackenberg, Alyssa Swanson, and Breanna Thompson.

Delegates from the Warsaw FFA chapter, Breanna Thompson and Alyssa Swanson, also voted on official FFA business and District and State FFA Officer elections for the upcoming year. Throughout their time at the convention, Warsaw FFA members such as Graciela Cobaxin, Ace Krichbaum, and Joe Sponseller participated in workshops to help further develop their leadership skills. In addition, they were inspired by keynote speakers during the general sessions. These speakers included: Dr. Laymon Hicks, a motivational speaker and Erik Robinson, National FFA Southern Region Vice President. Warsaw FFA member Anthony Taylor was also a State FFA Officer Candidate and was elected to serve as the 2022-23 Indiana FFA State Treasurer.

Prior to attending the Indiana FFA State Convention, Warsaw FFA members were invited to tour Corteva Agriscience- Indianapolis Headquarters, to learn about advancements in agriculture and view the facilities. The members of the Warsaw FFA Chapter got to enjoy and experience great leadership opportunities throughout the week. The theme of this year’s FFA State Convention was “Pulse.”

Warsaw Community Schools would like to thank leaders, students, community members, and families for their participation and support to make a positive difference in the lives of students by developing their potential for premier leadership, personal growth, and career success.