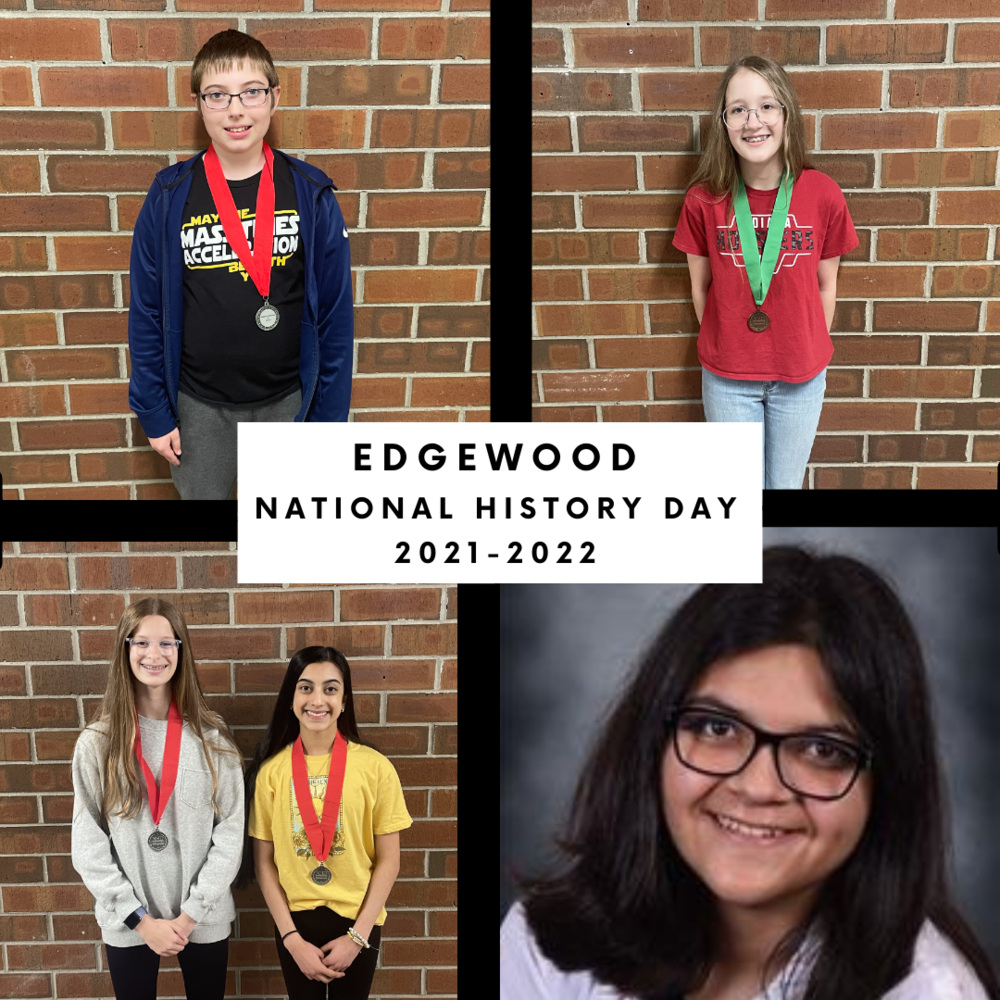 Edgewood Middle School announced several students participated and placed at the National History Day (NHD) State Contest held in person on Saturday, April 30 at Marian University. For NHD, students develop a thesis about a historical topic, use primary and secondary sources to support their thesis, and develop research skills through a project-based learning opportunity. Individuals and groups take ownership of their learning by researching topics important to them. Students have a choice to work independently or collaboratively on a project and then compete at regional, state, and national contests. The 2021-2022 theme is Debate & Diplomacy in History: Successes, Failures, Consequences.

In the junior group exhibit category, Titiksha Gorhe and Eden Metz placed second and advanced to nationals. Their project was titled, "The Little New Deal: A Diplomatic Event in Indiana."

In the junior individual performance category, Kevin Gough placed second and advanced to nationals with his project titled, "The Unfair Treaty of Versailles."

In the junior paper category, Claire Temple placed third with her project titled, "Treaty of Versailles; Helpful or Harmful."