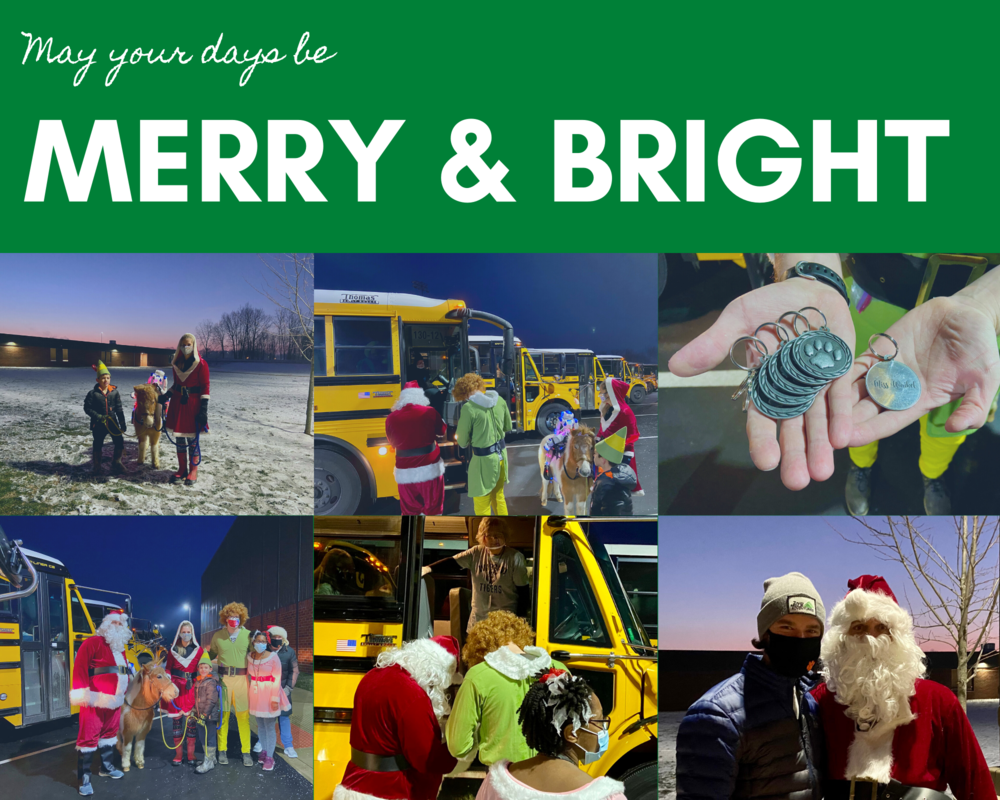 There’s Room for Everyone on the Nice List
WCS District
Friday, December 18, 2020

'tis the season to be jolly - especially at Edgewood Middle School.

Abbi Richcreek organized a surprise for bus drivers. Abbi's students used the EMS STEM Lab and resources to make a special gift for each driver. A custom key chain with the Tiger Paw logo on one side and the driver's name inscribed on the other was presented with some help from some very special friends.

Thanks to Abbi Richcreek for providing all the costumes, the pony, and the opportunity for her students to express their appreciation to WCS bus drivers with this unique gift and presentation.

In addition, ALL Edgewood staff will also receive a personalized keychain from the Edgewood Manufacturing Class.