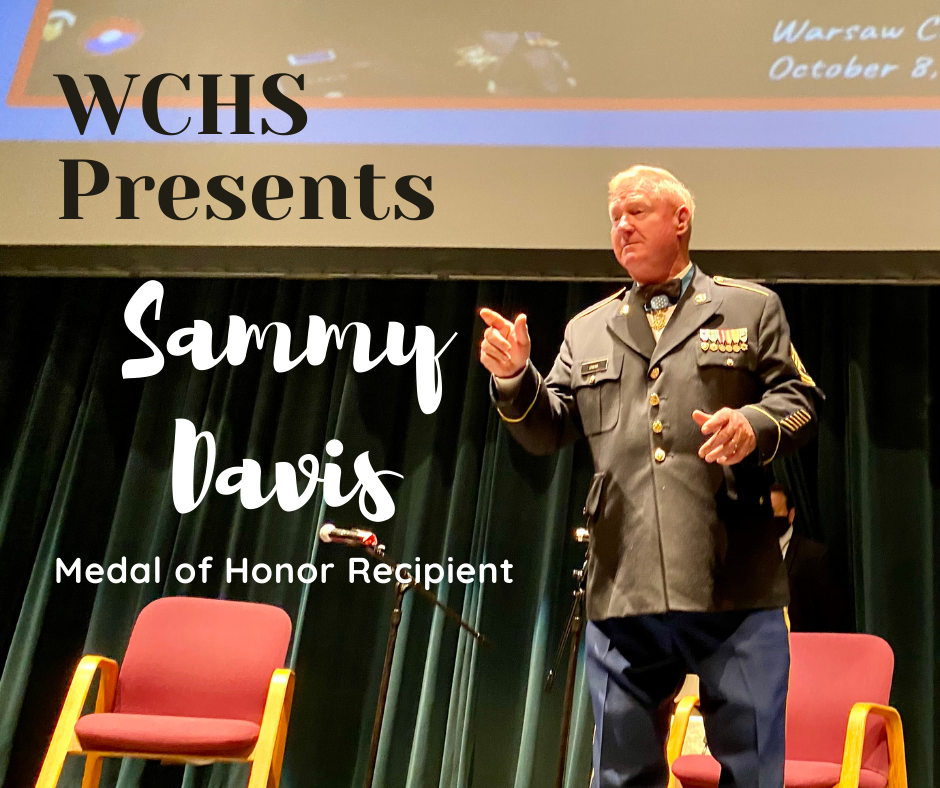 Troy Akers, Principal of Warsaw Community High School, had the privilege and honor - a once in a lifetime opportunity - to introduce Ret. Sgt. 1st class, Sammy Davis, Indiana's only living Medal of Honor recipient.

Dr. Hoffert, WCS Superintendent, and Curt Nisly, State Representative greeted the distinguished guests who arrived in motorcade style thanks to local law enforcement. JROTC cadets presented the flag and the WCHS choir sang. Veterans from the local American Legion were honored guests. Soldiers from Notre Dame came to hear from this heroic Hoosier. Students in Mrs. Angela Hopper’s Radio & TV class filmed a live stream broadcast to students and staff in classrooms across WCHS. The full feature will be available at a later date on WCHS Youtube.

Sammy Davis presented the story of a young enlisted Hoosier, serving in the United States Army during Vietnam. After a brief introductory video highlighting Davis’ biography, Sammy and his wife Dixie offered a Q&A forum - expounding on the events of November, 1967 when Private First Class Davis’s artillery unit was hit by a massive enemy offensive.

The full account is chronicled in You Don’t Lose ’Til You Quit Trying. After the presentation, Dixie Davis also offered her book Endless Love and Second Chances: The Wife of Medal of Honor Recipient Sammy Davis Shares their Love Story Through Grief, Faith, and Joyful New Beginnings.

It was an event to remember as WCHS students and staff were inspired and reminded again that, “you don’t lose ‘til you quit trying.” WCS would like to thank all who attended and all who made this opportunity possible.