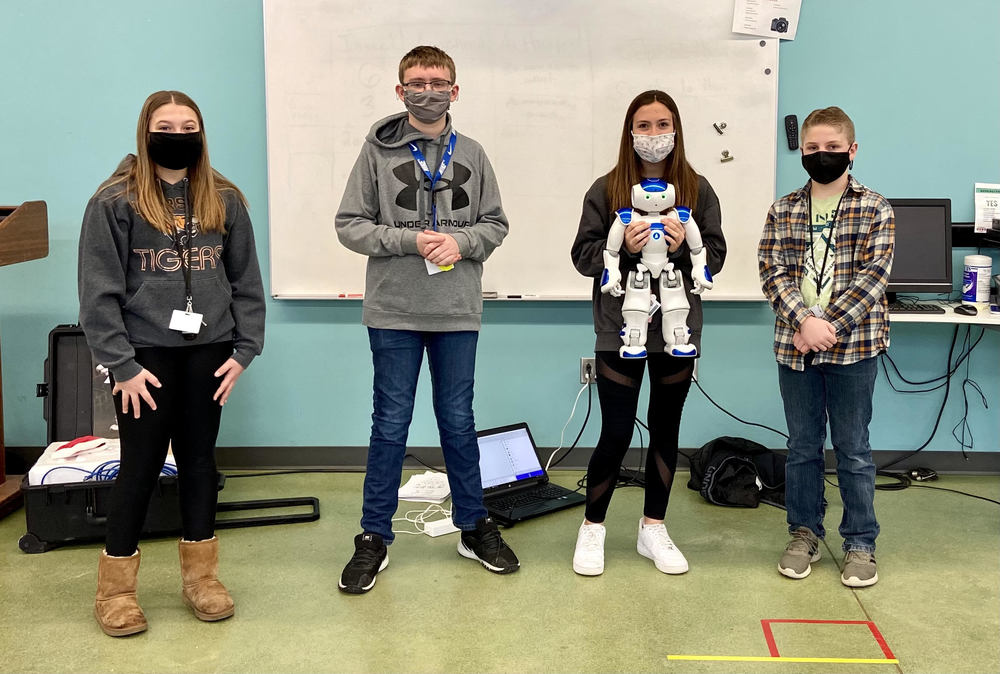 Over the years, Abbi Richcreek’s focus on innovative projects led her to write numerous grants. In the summer of 2017, she was awarded a Nao humanoid robot, which was named Rowdy. Rowdy is the first robot to successfully ride a horse programmed by middle school students at a professional performance event. Rowdy and Abbi Richcreek’s students have made numerous appearances at nursing homes, community ag events, and elementary schools in previous years.

This year, Hunter, Hayden, Taylor, and Lucy surprised kindergartners with an introduction to Rowdy who demonstrated his abilities through yoga, walking, playing a game, and reciting Clement Clarke Moore’s poem 'Twas the Night Before Christmas published in 1823. The children were mesmerized!

Thank you again to Edgewood student leaders for giving Washington students an experience to remember!