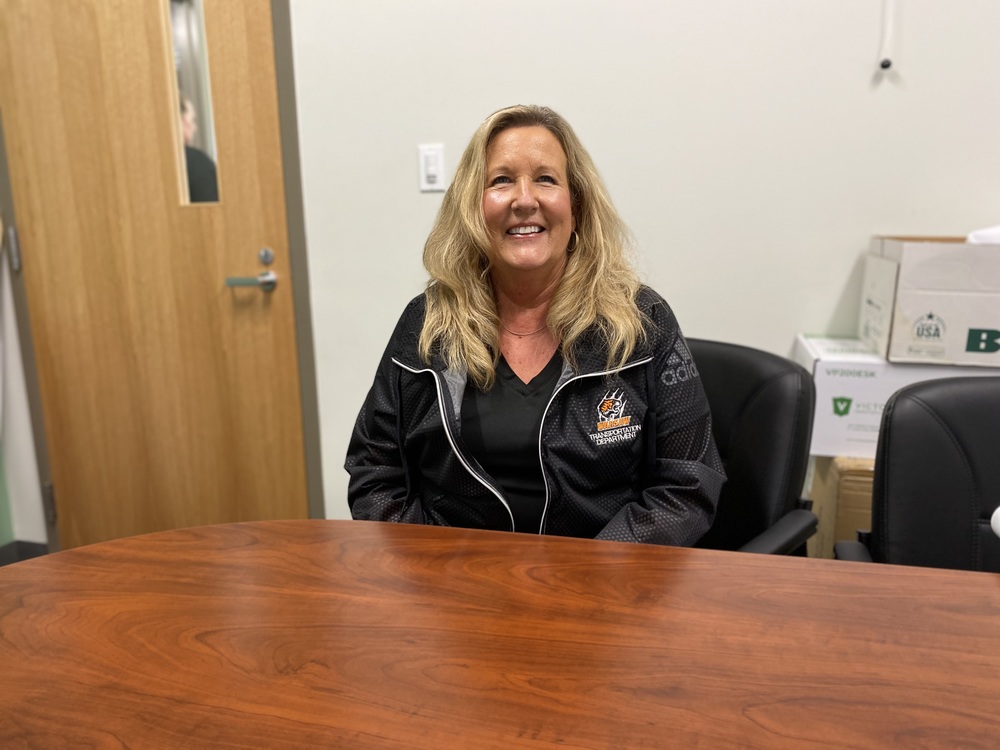 Wallen for over thirty-three years of service. Lisa Wallen was born in Wabash and grew up in the Silverlake area. Lisa recalled moving to Warsaw at age six. Her parents were also part of the Warsaw Community Schools family. Lisa's mother Phyllis Faudree was a Washington Elementary second grade teacher from 1966 to 1994. Lisa's father Gary Faudree taught Physical Education and Health at Edgewood Middle School from 1966 to 1995. Lisa's brother Brent followed in the family tradition of serving others through his work at Grace Village Retirement Community.

Lisa fondly remembers the opportunities she had at Warsaw Community High School. She was especially grateful for the business and typing courses that helped her hone her administrative skills. While the average adult types 40 words per minute (wpm), Lisa was clocking 93 wpm as a high school student. Moving on to International Business College in Fort Wayne, Lisa graduated from the secretarial program with multiple job offers. Returning to her roots, Lisa put her talent to work at Da-Lite for seven years.

It was 35 years ago when Lisa's mother suggested she apply to become a school bus driver. After training, Lisa picked up extracurricular trips but waited two years for an opening to get her own route. She explained, "The transportation department was located near Brouwer's in the current highway building. We were a smaller district and had a smaller fleet. It was worth the wait. I loved being outside, being on the same schedule as my young children, and taking care of students every day. Driving a school bus gave me the freedom and the family time I couldn't find anywhere else."

Lisa's first route was for Leesburg, then Lincoln, and now Jefferson. She has transported multiple generations from the same family. Lisa reminisced, "It's so rewarding when a student remembers me and tells me that I made a difference. Tells me that I made them feel safe. I may not always recall a name, but I do remember their face and even where they boarded my bus."

Lisa is in good company with several drivers at WCS who have achieved the 33-year club. She's looking forward to many more years of driving for Warsaw Community Schools and earning her 40 years of service club membership! Mark Fick, Director of Transportation, added, "It takes a certain kind of person to be a school bus driver. Lisa has been doing it for over 30 years for WCS. It's an achievement that few have accomplished and she's not even close to stopping! It's a joy and a privilege to work with her every day." Thank you Lisa Wallen for your dedication and service to WCS students and families who entrust their precious children to your care every day. Thank you for giving your time and talents to make a meaningful difference in this community.