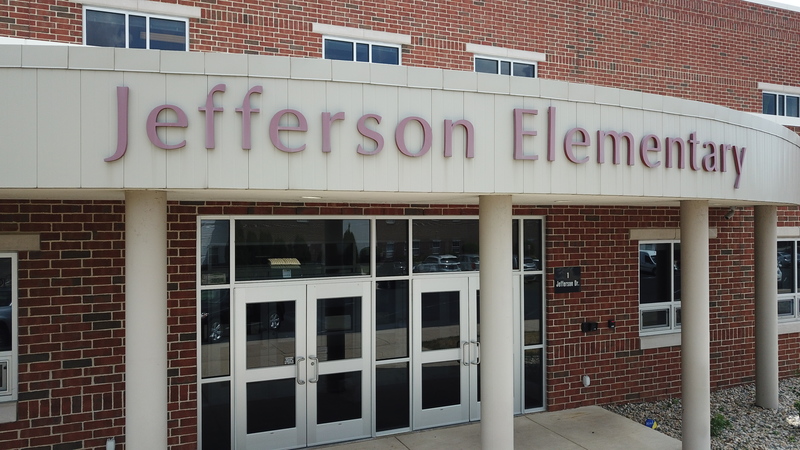 Jefferson Elementary participates in LEGO League Robotics from September through November. This club typically involves 6-8 students in grades 4-6. Team members are recommended by classroom teachers based on set criteria and have previously served on the LEGO League Team or have previously been involved in Spring Robotics. LEGO League team members design and program a robot to compete on a competition board. As they complete various jobs, they earn points. In addition to the robot, LEGO league team members must demonstrate creativity and presentation skills in creating a core value presentation; as well as, creating a solution and presenting a skit for a predetermined problem.

Spring Robotics Club is open to students in grades 4-6. The club is open to about 20 students. Students are selected by classroom teachers based on set criteria. There are two separate tasks that take place each year. Students will split up and be assigned a task requiring them to build and operate a robot. The club ends with a robotics showcase at the high school. This club takes place from January through March.

The Student Council is open to 5th and 6th graders by teacher recommendation based on set criteria. Student Council is responsible for serving our school by determining spirit weeks, creating and implementing fund raising activities, and completing other necessary projects for the school. Student Council typically meets throughout the lunch hour at school as needed.

Chess Club is open to all students in grades 2-6. No chess playing experience is necessary. Playing skills vary from beginners to advanced players. The club takes place before school once a week from October through February. There is also the potential for students to complete in local chess tournaments.

During the winter months, it is sometimes hard to get out all of that bottled up energy. Who hasn’t wanted the chance to run in the school without being in trouble? Running Club is open to all students and allows students to run up and down the hallways after school. This club typically takes place once a week throughout the cold winter months.

Spartan Singers is open to students in grades 3–6. They meet on Mondays during lunch recess on non-eLearning day or holidays in January, February, and March.

Other Clubs and Activities that are either being planned or take place sporadically include the following: